SirBacon.org is excited to share the following work by A. Phoenix on the 462nd Birthday of Sir Francis Bacon, January 22, 2023. 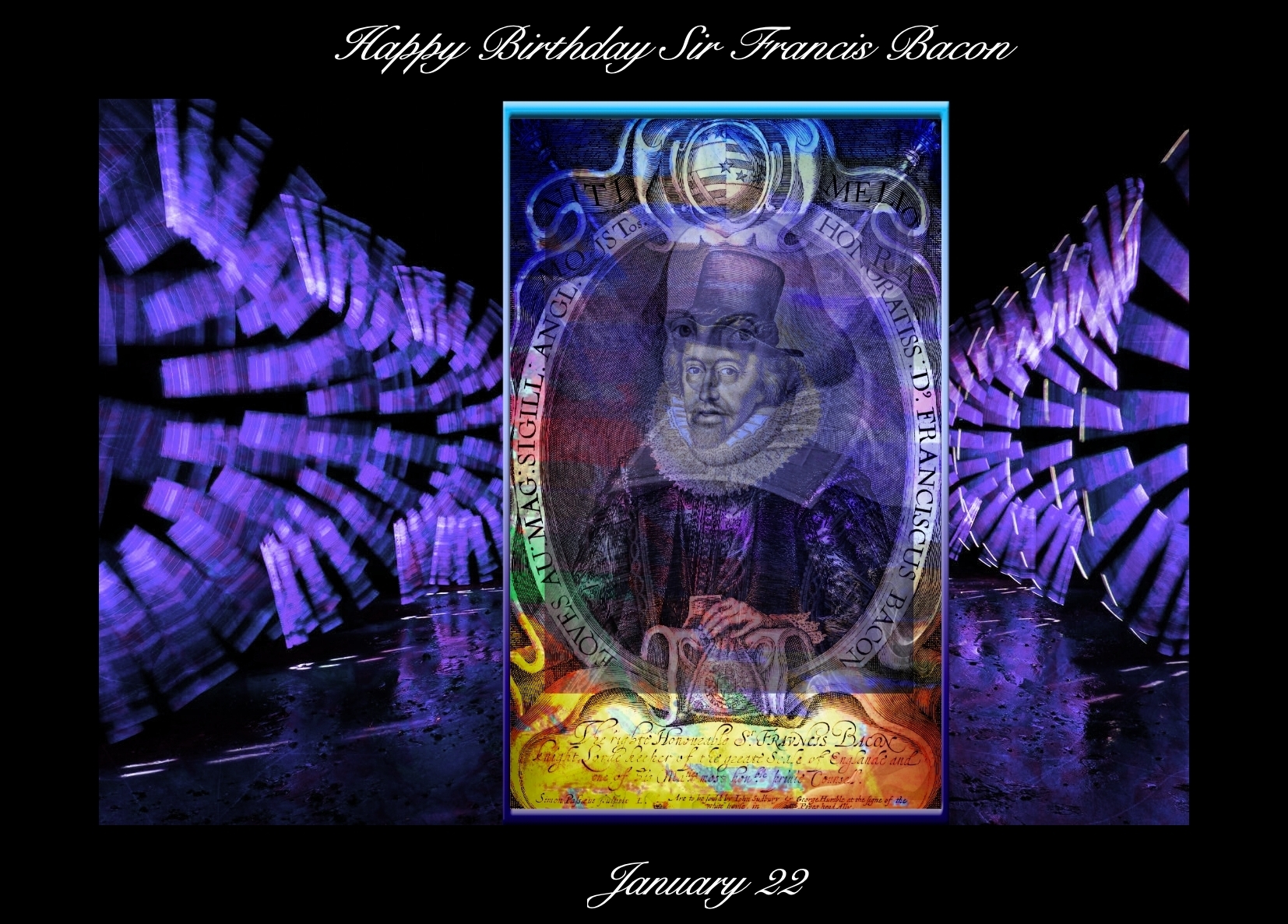 Francis Bacon’s Private Manuscript Notebook (Known as the Promus of Formularies and Elegancies) The Source of Several Hundred Resemblances, Correspondences and Parallels Found Throughout his Shakespeare Poems and Plays

In ordinary circumstances this contemporary manuscript document named the Promus of Formularies and Elegancies would be well known to every Bacon and Shakespeare scholar and student of English literature around the world.

Bacon’s unique private notebook held at the British Library contains a total of 51 leaves numbered pages 83 to 132 all written (apart from some French proverbs) in his own hand. The Folio numbered 85 is headed ‘Promus’ and beneath it appears the date ‘Dec. 5, 1594’ with the Folio numbered 114 headed ‘Formularies Promus’ carrying the date ‘27 Jan. 1595’ (i.e., January 1596).

It contains 1655 entries jotted down as an aid to his memory.

The entries include single words, phrases, lines, turns of speech, metaphors, similes, aphorisms, and various moral and philosophical observations. These include entries drawn from the Bible; Latin, French, Italian, Spanish, and English proverbs; and lines and verses from classical poets and dramatists, among them, Virgil, Ovid, Seneca, Horace, and Terence.

This private notebook was used by Bacon as a literary storehouse from where he developed, expanded, and introduced ideas and themes into his acknowledged writings and works.

In Shakespeare Studies in Baconian Light R. M. Theobald produced a list of around 500 Promus entries used by Bacon in his acknowledged writings, a number the orthodox scholar Charles Crawford stated could be significantly added to, and following his detailed study of the Promus in The Bacon Shakespeare Question N. B. Cockburn put the number at about 600. More recently, its modern editors Professor Stewart and Dr Knight in The Oxford Francis Bacon: Early Writings 1584-1596 (Oxford Clarendon Press, 2012) specified that during a period of thirty years Bacon utilised these entries in the Promus for usage in a diverse range of categories and genres that included his private letters, speeches, dramatic devices, essays, religio-political tracts, legal writings, and several of his philosophical and scientific works.

In 1883 the indefatigable Baconian scholar Constance M. Pott published her monumental work entitled The Promus of Formularies and Elegancies (Being Private Notes, circ. 1594, hitherto unpublished) by Francis Bacon Illustrated and Elucidated by Passages from Shakespeare.

In a work running to more than six hundred pages, Pott reproduced a full transcript of the entries in the Promus alongside hundreds of parallel passages from the Shakespeare poems and plays. This work has remained virtually unknown for the last one hundred and fifty years because it has been systematically ignored and misrepresented by orthodox Bacon and Shakespeare editors and commentators as it manifestly demonstrates that Bacon is Shakespeare.

Now here for the first time (unknown to or expanded upon by Pott and other previous scholars and commentators) beyond paralleling hundreds of entries from Bacon’s notebook against his Shakespeare poems and plays, the present work will show how these sources used by Bacon, the Bible, Erasmus, Florio (Italian proverbs), Heywood (English proverbs), and especially the classical poets and dramatists Virgil, Ovid, Seneca, Horace, and Terence, completely saturate his Shakespeare works, confirming beyond any doubt that he used his private notebook as an aid-to-memory and wellspring for his divine Shakespeare poems and plays.

For the full story about ‘Francis Bacon’s Notebook’ see: