THE OLD AND THE NEW ATLANTIS
by

from the book
Peace Among the Willows : The Political Philosophy of Francis Bacon 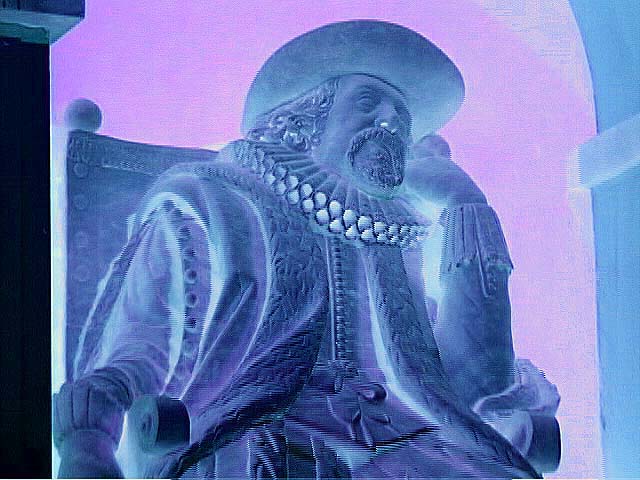 I have tried occasionally to suggest my reasons for believing that the New Atlantis is not a mere piece of historical guess-work, which might put Bacon in the same category as Nostradamus, Bellamy, and other mediocrities who made predictions about the mechanical or industrial future. My reasons are not confined to the distinctive character of the utopia, as related to chance, science, and pleasure, and its divergence from earlier utopias in these rewards. What may help us to understand the New Atlantis is the fact that Bacon also presented us with an interpretation of ancient fables or myths, called De Sapientia Veterum or Wisdom of the Ancients. This collection is, next to the New Atlantis, probably the most important testament to Bacon's political philosophy. In the preface to De Sapientia Veterum Bacon tells us that he regards these fables as the principal source of our knowledge of antiquity, other than Scriptural teachings. (Works XII, 427-32) In saying that, Bacon suggested that fables were not merely allegorical or entertaining but contained philosophical and theological truths. Yet the myths were not of Bacon's making. Nor were they, he claims, from Homer and Heisod. They come from a more remote past, a past yet uncorrupted by Hellenic manners. They come as close to the empirical knowledge of nature, as anything western man can have, except, of course, the Bible.

These myths, however, have to be interpreted. The interpretation is not in the myth itself. Unless it is self-evident, the interpretation must be found outside the myth, in a philosophic knowledge of nature, which may be derived from Bacon's philosophy. While Bacon does say that some of the fables , at least, are self-evident, his argument is tenous. For example, Atalanta's swiftness represents art, while nature, in the form of the golden apples of Hippomenes, turns the art of Atalanta from her struggle. (De Sap Vet XXV in Works XIII, 40-1) It is hard for common sense to believe that golden apples are natural, while swiftness is an artifice. This is understandable only on the basis of Baconian metaphysics. One must therefore read Bacon's myths much as Bacon read the original myths, with a certain construction. The difference is that, of course, the reader's construction is intended by Bacon, whereas Bacon's own construction was not necessarily intended in the myths. Moreover, the suggestion that the more absurd the fables, the more recondite their meaning, tells us that we must believe the same of Bacon himself and look for his own absurdities. And when Bacon acuses others others of using the fables as vehicles of their own teaching, we have more than suspicion that it is just what Bacon did, for he believed that he had reasons for identifying his own teaching with the lessons of nature.
The construction in the Wisdom of the Ancients cannot of course, be entirely free, for Bacon had raw material on which he depended. What the Preface does more than anything else is to tell us how to interpret a myth of Bacon's making, that is, how to understand and analyze the discussion of ancient and trans-historical things in the New Atlantis. "And even now, writes Bacon, " if anyone wish to pour new light on any subject into men's minds, and that not unsuitably or harshly, he must follow the same way, and call in the aid of an analogy." (Works XII, 431) The Novum Organum is not an analogy; neither is the Advancement of Learning. The New Atlantis is, and if Bacon poured any new light, that is where we should look for it.

Before I leave the problem of interpretation for a discussion of Bacon's myth, I must add that the preface I have been discussing is by no means the only indication that Bacon intended his work to be read seriously, and with great care. James Spedding, to whose monumental scholarship every student of Bacon owes a debt, decided to investigate for himself the problem of a secret teaching in Bacon. Spedding collected ten references in Bacon's own works to such a teaching, a teaching addressed to the "legitimate and best minds." (the passage quoted from De Interpretatione Naturae : Proemium , Works VI, 499. The others quoted by Spedding are Valerius Terminus 18 and 11 , Works VI 71, 55, II Advancement of Learning VIII, 4; II A of L XVII 5, parallel passages in De Aug not cited by Spedding; De Interpretatione Naturae Sententiae XII Works VII, 366-7; Temporis Partus Masculus, C. 1 VIII 17-8; Cogitata et Visa VII, 140-1; Redargutio Philosophiarum VII, 57; Novum Organum I, 35 ; DeAugmentis VI, 2, II , 430. For Speddding's own discussion see Works, I Note B to N. O. ,pp. 182-0.

Spedding's list, while it is, I believe, incomplete, is none the less striking and hardly warrants his own conclusion that there is no secret teaching in Bacon's works. It is true, as Spedding points out, that Bacon's recurring interest in the problem of secret teaching does not prove that he himself had a secret teaching. Yet if we add to the passages quoted by Spedding the preface to the Wisdom of the Ancients, the fable of Juno's suitor where Bacon insists that he who would advise the state must take on the most servile forms, the assertion that the science of politics is a most secret science, both because it is hard to know and because it is unfit to utter, and the engimatic conclusion to the Promethean legend, we have an open advocacy of secret teaching which has its parallel in a few writers indeed. ( II A of L XXIII 47; De Sap Vet XVI, XXVI.) It would be strange to find Bacon remiss in the method he advocates.

Bacon, well aware of the far-reaching political consequences of scientific discovery, recommends that discovery be transmitted, "not ambitiously or malignantly, but especially in the beginning in the manner durable and vigorous, that is, more secure from the injuries of time, and most helpful to the propogation of science, most innocence of producing errors and above all, selecting to itself the legitimate reader ." (De Int Nat Sent XII, 9 WorksVII, 367) If the problem of the selection of the legitimate reader is, in fact, the primary problem of presentation or transmission, what is now Bacon's concern with that problem was both natural and necessary. He wanted his own work to enter "quietly minds fit and capable of receiving it." He wrote :

The discretion anciently observed, though by the precedent of many vain persons and deceivers disgraced, of publishing part and reserving part to a private succession, and of publishing in a manner whereby it shall not be to the capacity or taste of all, but shall as it were single and adopt his reader, is not to be laid aside, both for the avoiding of abuse in the excluded, and the strengthening of affection in the admited.(Valerius Terminus 18, Works VI , 71.)

That passage tells us several things. It tells us that Bacon may have insured his succession in other ways than by publication, but to see that we should have to study those of his younger contempories who best understood him , like Hobbs. It tells us also that he may deliberately have intended not to be understood by everyone, and that he may have protected himself by preventing other minds from being excited. And it tells us that this very method had been disgraced. Bacon testified to the abuse of the very method he chose to adopt. The fact, however, that one man may use the same screen for nonsense that another man uses for profundity does not affect the legitimacy of the latter's use. I think that the critical passage is that in the De Augmentis, where Bacon distinguishes different methods of discourse. ( De Aug VI, Ch. 2; Works II, 428-30) In making a distinction between the initiative method and the magistral method, Bacon says that the first, which lays bare the mysteries of science is addressed only to the sons of science. The magistral method, on the other hand, is addressing to the reading public, and it teaches what they may believe. This certainly gives us a hint that the works in which the speaker addresses his interlocuters as "sons," particularly if they are men of science, as in the case both in the Refutation and in the New Atlantis, must be considered "initiative" works. From here Bacon proceeds to another distinction, which he says is almost contrary to the former in itself, though it has an affinity in intention : the distinction between exoteric and acromatic. The affinity in the two distinctions is perfectly clear : both intend to separate the ordinary reader from the sons of science; or, as Bacon says of the second distinction, to separate the "vulgar" from the "select." The first distinction, however, identifies the method with the audience. The second distinction intends both distinct methods to separate the two audiences in practice. In other words, both exoteric and acroamatic works are addressed to more than one audience. The exoteric work distinguishes its audience by an openess that is greater than usual. The acroamatic, which is the one Bacon here discusses, distinguishes by a greater occultness than is usual. As Bacon does not give an illustration of an exoteric work, which should be marked by unusual frankness of speech, a frankness intended to dissuade the "profane vulgar" from pursuing it, it is difficult to say what sort of frankness of speech, he has in mind : the openess of technical treatises which are often more open than is commonly realized or the openess of "shocking " books, like Machiavelli's Prince, or some other openess. In the case of acroamatic works, however, it is clear that we must look in works which appear to be simple and not very frank for the esoteric meaning.
To suggest that we must seek in the apparently simplest works of Bacon an acroamatic teaching that was denied by James Spedding, must seem highly pretentious. But Bacon himself suggests that men may be led to an understanding of enigmas either by their wits or by their teachers, "a birth of time rather than wit." (N.O., 122, also Preface.) The great scholarly tradition to which Spedding belonged was not one to look for acroamatic writing. To say that is not all is to pretend that the enigmas of the New Atlantis have been solved, but only that the New Atlantis fits Bacon's own characterization of an acroamatic work.