The Political Philosophy of Francis Bacon

International Archives of the History of Ideas

"Myself am like the miller of Hunitngdon, was wont to pray for peace among the Willows; for while the winds blew, the windmills wrought, and the water mill was less customed. So I see that controversies of religion must hinder the advancement of sciences."--Francis Bacon October 10, 1609 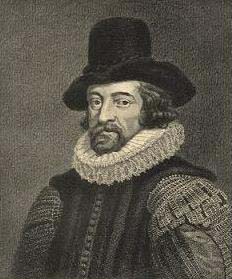 From the Book Jacket :

Bacon's definitive politics have little to do with crown, church and empire. Some of the details of definitive politics cannot be known, because, until natural philosophy has been freed of prejudice by Bacon's own scientific method, it is not possible to know "what to wish." Yet Bacon claimed to know something of the good, and that can be seen in his utopia of science. This scientic utopia is a final cause, in the only sense in which Bacon accepted final causes, the causes which man created. Unlike earlier utopias, Bacon's utopia is intended to be accessible. The New Atlantis is Bacon's final cause. This utopia is constructed out of an alliance between old patriarchal power indicates, but it is also a hedonistic paradise. It is picturesque, healthful, and peaceful. It has raised man above the political problems which seemed almost insoluble. Yet how could one prevent dissolution by men who had as much power as the scientific fraternity,who were to rule the scientific utopia? Bacon was unafraid. He had faith in the ultimate union of science and wisdom. That his successors would divorce science from wisdom,he could not know. In this Bacon was the true founder of the idea of progress, but he knew that progress demanded a sacrifice, the sacrifice of faith.