The History of a Character Assassination

( Daughter of the Spanish statesman and historian, Savador de Madariaga, Nieves Mathews has devoted more than a decade to research on the life and reputation of Francis Bacon)

"The Slander of a dead man is a living fault".&emdashEdward Coke, in Wraynham's Case or A Vindication of the Lord Chancellor Bacon,1618 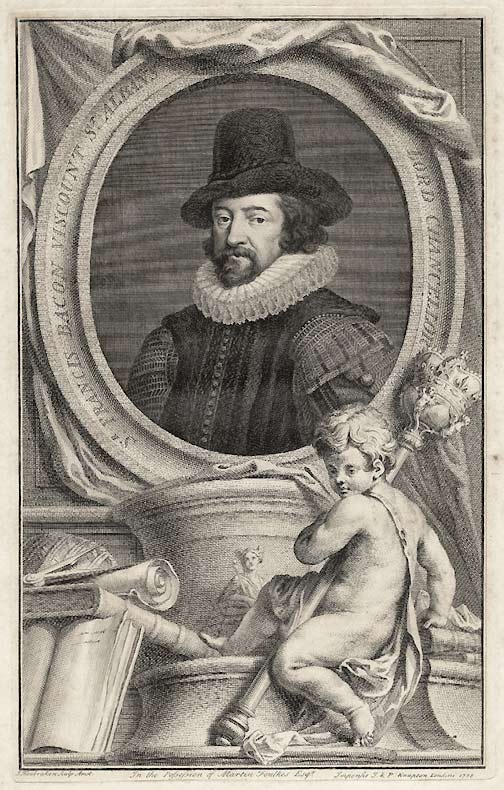 (From the Book Jacket)

Beyond his own country Francis Bacon is remembered as a great man, founder of modern science and philosophy, a just judge and a teacher of kings. In England and America, however, he is seen more as a cruel, corrupt and power-hungry politician. Which appraisal is correct? In this fascinating re-evaluation of one of Britain's most significant figures, Nieves Mathews examines the charges against Bacon and reveals how distorted facts can be recast as historical truths.
In 1621 Bacon fell from power as Lord Chancellor, the highest position in the land. Charged with accepting bribes, he was convicted, fined, imprisoned and exiled from the Court. He died five years later, disgraced and deeply in debt. In this illuminating study of the Jacobean administration&emdasha system which depended on corruption at every level&emdashNieves Mathews shows Bacon to have been among the least tainted of the King's officials, the scapegoat in a political conspiracy aimed at dislodging the royal favourite.

The destruction of Bacon's reputation followed Thomas Babington Macaulay's eloquent "Essay on Bacon", published in 1837. Macaulay's depiction of a cloven-hearted genius, at once the greatest and meanest of mankind, launched a tireless search among Bacon's biographers for evidence of malice and corruption. Now, with the benefit of recent scholarship, Nieves Mathews portrays a man both single-minded and fallible, with qualities and flaws. Her penetrating reappraisal rescues Bacon from a long tradition of abuse and misrepresentation.

TABLE OF CONTENTS SEE MORE ON THIS BOOK