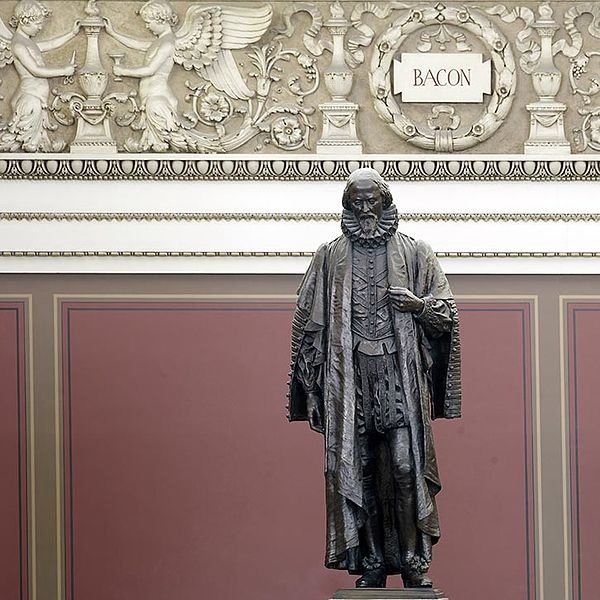 In his 1591 letter seeking financial aid from Lord Burghley, Francis Bacon said if Burghley would not provide him aid he would sell the inheritance that he had, purchase some lease of quick revenue, or some office of gain that could be executed by deputy; give over all care of service, and become some sorry book--maker, or a true pioneer in the Mine of Truth.  Burghley did not provide him aid; Francis went ahead with his stated project on his own, and stored what he recovered from his labors as a pioneer in the Mine of Truth in the First Folio,-- a model of the world that was an abridgement of the truth in the world. And since Bacon mined the world, and stored the abridged truth from it in his model of the world, we can become true pioneers in the Mine of Truth ourselves by mining Bacon's First Folio. 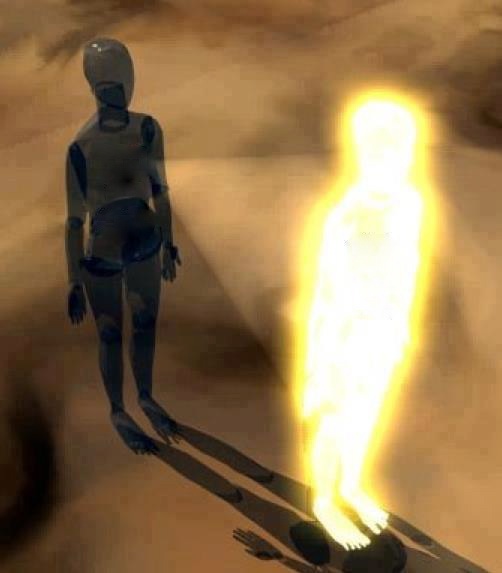 Some particularly interesting information in Mining Bacon comes from a study of what at first blush appears to be stock information about‚ Twin Souls‚ in the First Folio. The Comedy of Errors and Twelfth Night appears to have information dealing with this subject, as does The Tempest (a compendium of the plays in the First Folio), but The Tempest casts a somewhat different light on the subject.  In The Tempest we see a male and female pair, Ferdinand and Miranda, depicted in a scenario somewhat reminiscent of the Twin Soul scenario, but not only are they depicted as completely separate entities; Ferdinand is depicted as Spirit; and Miranda is depicted as Soul.  This identification clearly follows from an examination of the characters in The Tempest.  The Tempest depicts three levels:  (1) Naples - the domain of King Alonzo and his son Ferdinand; (2) Milan; the dukedom of Prospero (usurped by his brother Antonio) from which Prospero was cast out before arriving on the island in the Mediterranean where he come to rule after his exile. (3) The island in the Mediterranean where Prospero rules. The allegory defines these three as respectively the realms of spirit, soul, and of the earth, or of the created universe.  King Alonzo rules the realm of spirit, and in the symbolism of The Tempest, Alonzo, the father of Ferdinand, is God, while his son Ferdinand, who comes from his realm, is spirit. The realm immediately beneath the realm of God, Milan, is the realm of the soul.  This is clearly indicated by the basic attribute of Milan.  In this subordinate realm of the soul the unity of the realm of spirit above this realm becomes a duality of opposites with the good brother Prospero the rightful Duke of Milan on one side, and his evil brother Antonio on the other side.  Miranda, the daughter of Prospero is the soul.  Moreover, although much of the story of Ferdinand and Miranda is in the context of the‚ "Twin Soul"‚ stories, it must be emphasized, as noted above, that Ferdinand is spirit and Miranda is soul, and that the two are separate entities before they are united in their marriage, and of course, as Bacon intimated in his Wisdom of The Ancients, we must view everything in the light of allegory, metaphor, and allusion.

Prospero assigns Ferdinand a task, which Ferdinand describes as, "I must remove some thousands of these logs and pile them up, upon a sore injunction.." This task has a special significance because in the context we see that Ferdinand must complete it before he can be united with Miranda; moreover it is obvious that this task is an allegory.

The thousands of logs Ferdinand must pile up symbolize the thousands of bodies the soul (Miranda) utilizes in her myriads of incarnations during her cycle of development in the earth.  The spirit is of a higher state than the soul, and for the soul to unite with it the soul must attain completeness through the long cycle of development of successive incarnations in the earth.  The context depicted in The Tempest implies not only that the task of providing bodies is distasteful to the spirit (Ferdinand); but also that the soul (Miranda) is capable of performing this task, and is willing to do so.  But both Prospero and Ferdinand insist that Ferdinand accomplish the task without any aid from Miranda.  The implication is that it is only by doing this that Ferdinand can link himself to Miranda. The process is depicted in the scenario of a love story, but as the allegory later reveals something much deeper is going on here.

Only after completing his task of removing and piling up the thousands of logs (bodies); that is, only after Miranda has completed her soul cycle involving thousands of incarnations in the earth, is Ferdinand married (or united) to her.  According to the seer, Edgar Cayce, the goal of each soul in the earth is the attaining of its Ideal; and the information in The Tempest tells us this results from the assistance of its spirit counterpart that steers the soul in its cycle of development.  We see evidences of the attainment of this Ideal in the highest types of humans.  Horatio Nelson -- Valor; Isaac Newton -- Scientist; Edgar Cayce -- Seer; Christ -- Love; The Buddha ‚ -- Compassion ; George Patton, -- Military Commander, Etc.  Iris, Juno, and Ceres symbolize Miranda's attainment at her wedding to Ferdinand, i.e., she attains Diversity; Regality, and Abundance.

At the end of the play Ferdinand and Miranda achieve a state of dominion.  This is depicted in the context of the game they are playing (chess), a game that depicts the world in miniature, and in the words of Miranda and Ferdinand:

Ferdinand. No, my dearest love,

I would not for the world:

Miranda.  Yes, for a score of kingdoms you should wrangle,

And I would call it fair play.

The dominion the two have achieved is over the entire world.

The same process, symbolized in the story of Ferdinand and Miranda, is also depicted in the story of Francis Bacon and Pallas Athena.  In the play Twelfth Night the twin infants Viola and Sebastian are separated in a shipwreck. In the Symposium, Aristophanes, says souls were originally created globular in shape, then Zeus cut them in half just as you or I might cut an apple in two. When Antonio says of Sebastian and Viola:

"How have you made division of yourself?‚ An apple cleft in two is not more twin‚Than these two creatures. Which is Sebastian?"

He clearly alludes to the words of Aristophanes in the Symposium. When the ship is wrecked and Viola and Sebastian are cast into the sea and separated from each other Viola depicts the spirit/soul cleft in two like an apple, with the soul now setting forth on its cycle of incarnations in the world of material existence to attain its Ideal. Numerous sources, including the Seer, Edgar Cayce, endorsed the doctrine of twin souls, although a somewhat different light is cast upon this doctrine in The Tempest. In addition to the character Sebastian who represents Francis Bacon, Twelfth Night has Viola portraying Pallas Athena, as well as other characters portraying Francis Bacon's friends Anthony Bacon, Lancelot Andrewes, and Toby Matthews.

Just as the spirit that is Ferdinand guided the soul that is Miranda through her cycle of evolution during her many incarnations in the earth until she attained her Ideal, so the spirit that is Francis Bacon guided the soul that is Pallas Athena through her cycle of incarnations in the earth until she has attained her Ideal.  The Ideal she attained was the epitome of all the wisdom in the world ‚-- she became Pallas Athena --the Goddess of Wisdom: this is the significance of the title of the First Folio, --Shakespeare's (i.e., Pallas Athena's) Comedies, Histories, and Tragedies, a summary of the wisdom (truth) of the entire world. 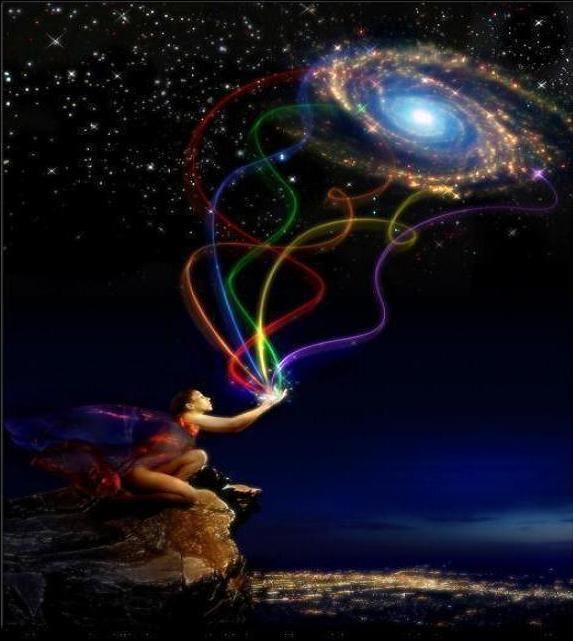 We must realize, however, that The Tempest depicts a further stage in the cycle of the soul beyond the soul achieving its Ideal and dominion over the entire world. The spirit (Ferdinand) united with the soul (Miranda) carries the soul with it into the realm of God. The whole scenario here of the helplessness of Alonzo (God) in the Earth, or created universe; of his fear that He has lost his son; and of the eventual union of his son with Miranda and the restoring of Alonzo to his realm along with the restoring of his son (Ferdinand), who is now united with Miranda, to that realm seems to point to some deeper meaning.

That meaning seems to be described by George Gurdjieff in his book Beelzebub's Tales to His Grandson for anyone capable of working their way through his convoluted verbiage. According to the curious narrative of Gurdjieff at one time the universe did not exist. There was only the Holy Sun Absolute, which was the dwelling place of God.  But then God became aware that the Holy Sun Absolute was gradually shrinking, and if this continued would eventually disappear altogether.  In order to prevent this God created the entire universe with the peculiar design that the highest results from the universe (i.e., the highest being bodies) continually fed back into the Holy Sun Absolute thus continually replenishing its volume.  And this seems to be the same mythos that Bacon describes (in a much more concise manner) in his symbolic account of the story of Ferdinand and Miranda. It seems a peculiar idea that God to whom humans are continually moaning and groaning and pleading for help, should actually need our help, but then again, as the enlightened Mulla Nasrudin once noted -- we are upside down in this world.