Francis Bacon, Macbeth and James I 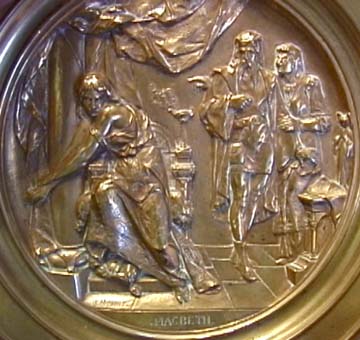 For the reader who wishes to know more about Macbeth, and when why and how it was written by Shakespear I know of no more thorough background book than this labour of love by Mr. Paul, the Dean of the Shakespeare Society of Philadelphia. Orthodox Shakespeareans, however, are not the only readers who will revel in this highly readable yet scholarly book: Baconians will find it no less valuable, for although Mr. Paul is not one who holds that Sir Francis Bacon (known to his contemporaries as a concealed dramatist, as Manes Verulamiani, 1626 completely proves) is the author of Macbeth ; his thesis, that this tragedy was tailor-made for James VI of Scotland shortly after he became James I of England, is in perfect harmony with what Baconians believe. And he proves his point.

It was Bacon, however, who aimed to please James, and who when John Davies went to Scotland in 1603 to meet the new King of England, wrote his friend to put in a good word for him, and expressed the hope, in closing that he ( Davies) would be"good to concealed poets." That is, in expressing a desire to please the king, Bacon at the same time reminded his friend that he was "a concealed poet." Had the philosopher already made mental plans to write Macbeth? Henry Paul, who informs the reader that Buchanan's Historia Scotica, and Hector Boece's Historia Scotorum were used as source material for Shakespeare's Macbeth, may not be aware that copies of both these books containing Bacon's inked annotations exist, and that these annotations show Bacon's special interest in the Macbeth theme. On a page of Buchanan containing the story of Macbeth, Bacon has written "Macbethi, Macbetho, and Macbethus Tyrannus, and Bancho rigiae caedis." Many of the words in the text are underlined. And in a copy of Boece dated 1575, Bacon has written the genealogy of the Scottish Kings descended from Banquo "to, and including James V, comprising seven kings." And in his Natural History, Bacon shows the same interest in strange parts of animals that Shakespeare must have had to write the witches' scenes.

The Royal Play of Macbeth contains a number of historical facts that will suprise many ignorant of the facts. It is not generally known for instance, that James was a most enlightened monarch on the matter of witches. Every scholar knows that he wrote a book on Demonology in which he went overboard into the sea of credulity. But Mr. Paul shows that after he became England's monarch, he gradually reversed his attitude, and ended as a disbeliever in witchcraft. Mr. Paul shows that the witch scenes were written with due consideration for James' changing view on the subject. But Bacon's views on witchcraft also were those of his monarch. In his Natural History the philosopher writes: " As diverse wise judges have prescribed and cautioned, men may not too rashly believe the confessions of witches, nor yet the evidence against them for the witches themselves are imaginative, and believe oft-times they do that which they do not."

Parallels in the play of Macbeth with passages in Bacon's writings are as numerous as in the other Shakespeare plays. Here are a few.

"Canst thou minister to a mind diseased? asks Macbeth.

Says Bacon: "The particular remedies which learning doth minister to all the diseases of the mind," etc. and elsewhere he repeats the thought in closely similar language. Macbeth says:

Bacon says "Sleep nourisheth, or at least preserveth bodies a long time without other nourishment."

The witches do not at first hurt Macbeth, but by working on his imagination persuade him to work evil on others. Bacon says: "If a witch by imagination hurt any one afar off, if cannot be done naturally, but by working upon the spirit of one that comes to the witch, and from thence upon the imagination of another." Macduff, discovering the body of Duncan, who has just been murdered by Macbeth, cries out in horror:

"Approach the chamber, and destroy your sight with a new Gorgon!" Bacon writes: "No cause of war is more pious than the overthrow of tyranny under which the people lie prostrate, as if turned to stone by the aspect of Medusa." (Medusa of course was the chief Gorgons).

Notice that in both Bacon and Shakespeare, tyranny is a Gorgon that turns people to stone, a most unusual and remarkable image. The Scottish noble Ross says:

"Things at the worst will cease, or else climb upward."

Bacon jotted down, for use in his Promus , a workshop notebook : "When things are at the period of ill, they turn again."

Lady Macbeth urges her husband: " Live a coward in thine own esteem, Letting 'I dare not' wait upon 'I would,' Like the poor cat in the adage." The adage referred to is found in Bacon's Promus, and reads Le chat aime le poisson, mais il' n'aime pas a mouiller la patte.

Bacon notes for use, in his Promus: "Things done cannot be undone."

Lady Macbeth says of her husband: "I fear thy nature; It is too full of the milk of human kindness, To catch the nearest way." Bacon writes: "It is in life as it is in ways; the shortest way is commonly the foulest." Macbeth, at the end of his rope, cries against life:

" It is a tale Told by an idiot, full of sound and fury, signifying nothing."

Bacon writes: "It is nothing else but words, which rather sound than signify anything.

"The porter says: "I'll devil porter it no further."

Bacon writes: "He is the devil's porter who does more than what is required of him."
Facts such as these, included, would have made Henry Paul's excellent book more complete.