For the last 25 years Peter Dawkins work on Shakespeare has been for me both a guide and an inspiration. His intuitive grasp of Shakespeare within the philosophical currents of Elizabethan and Jacobean England, Renaissance Europe and the myths and traditions of Ancient Rome, Greece, and Egypt, is essential to my love and understanding of Shakespeare and his Globe Theatre.--Mark Rylance- Artistic Director of the Globe Theatre in London 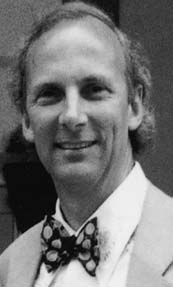 Educated at King Edward's High School, Birmingham, and St Catharine's College, Cambridge University, Peter is an internationally known author, teacher, consultant and leader of workshops and pilgrimages worldwide. Peter is a recognised authority on the Baconian-Rosicrucian philosophies and Ancient Wisdom teachings, including especially the wisdom enshrined within the Shakespeare Plays, and is the Founder-Director of the Francis Bacon Research Trust which presents seminars and publishes books on the various subjects.

Peter is a specialist in sacred architecture and a pioneer in the rediscovery of landscape temples, earth energies and the Western geomantic tradition. He is the Founder-Director of the Zoence Academy which runs a training course in Zoence (a Western equivalent of the Chinese Feng Shui), and a co-Founder and Elder of Gatekeeper Trust, which is dedicated to evolving an understanding, care and healing of man's natural environment. As part of this work Peter regularly leads geomantic pilgrimages and exploratory journeys to various parts of the world.

Peter is married to Sarah, who is also involved in this work, and has three children.

(Both books can be ordered from the website listed below)

Comments about one of his other works: Francis Bacon: The Herald of the New Age:


"In this remarkable book, Peter Dawkins reveals Francis Bacon as a Master of Hermetic Wisdom, whose teachings are as relevant or us today as they were for his own time." --Jill Line, University Lecturer in Shakespeare

"Based on careful academic research, the author reveals how Francis Bacon was a true custodian of the ageless wisdom. We are shown a remarkable man of illumination whose purpose was 'to lead mankind to the light, providing an art of discovery.' Francis Bacon, a man much misunderstood and maligned, is here given his rightful place in the hierarchy of wisdom teachers. Who has not felt, within a Shakespeare play, secrets hidden just beyond grasp? I found many questions answered in this book. Peter Dawkins has brought the many threads of Francis Bacon's teaching together and shown their embodiment within the plays. I feel a voyage of discovery has just begun." --Verity Saunders, schoolteacher, advisory tutor

To order books write to Mr. Dawkins at peterdawkins@fbrt.org.uk or visit the website