the Statue of Sir Francis Bacon 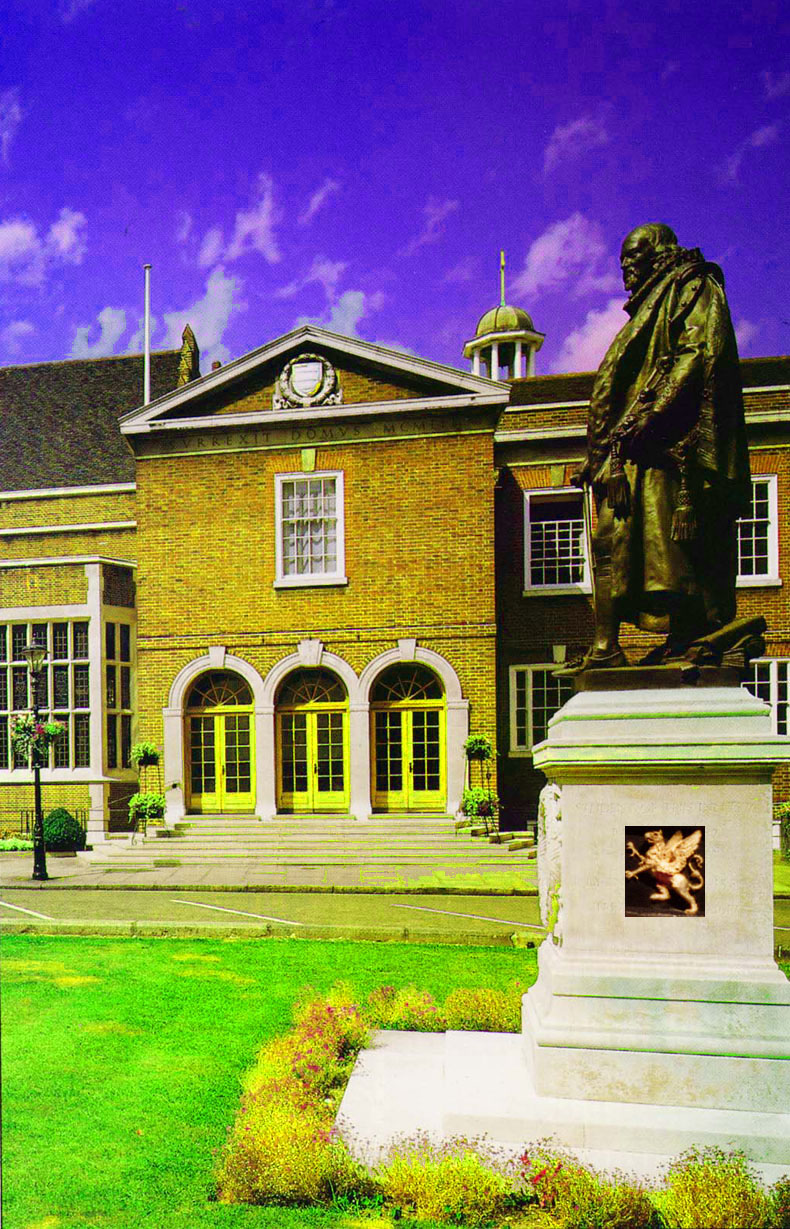 Comedy of Errors was first performed in 1594 at the Grays Inn Hall as seen here.

The Golden Griffin was a guardian badge for the performances in which the theatrical talent of the Inn participated.

Francis Bacon, a major player in the entertainments wrote several masques and early Shakespeare Plays during his tenure at Grays Inn.