The Discovery of Eight Shakespeare Quartos in Bacon's Library 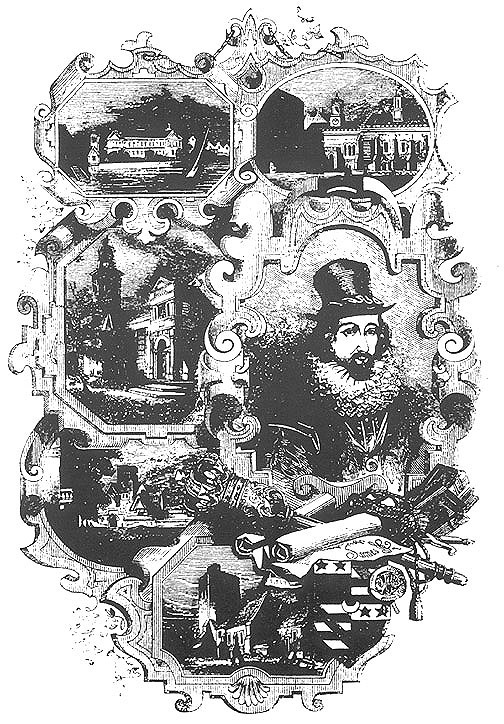 In 1909 eight quartos of Shakespeare's plays were discovered in the modern Gorhambury house outside St Albans : Titus Andronicus, Richard the Third, Richard the Second, King Lear, King John, Romeo and Juliet, Hamlet and Henry the IV. These quartos were found wrapped up in brown paper and stashed behind some bookshelves. They had been placed there and forgotten, when the belongings from the old Gorhambury house (where Bacon had lived to the end of his life) were transferred to the new Gorhambury house in 1754. They had lain dormant in the new house for 155 years! The originals were kept there until 1923 when the Bodleian Library stepped in to look after them and slow their deterioration.

Examining the facsimiles one can see a winged head image on the front page of Titus Andronicus. Two of the plays had no names associated with them. The implications of these quartos on Bacon's property are enormous.
There is no record of them being purchased. If a discovery like this was found in Stratford it would have made international headlines even in 1909, the same year Mark Twain published his book on the authorship issue. It's puzzling that there was so little publicity made at the time of the discovery. Jean Overton Fuller in her biography on Francis Bacon wrote of "The Gorhambury Quartos" and associated the following dates with the Shakespeare Quartos:

Fuller states, "It is not known how they came to be there. The present family of Verulams think they must have formed part of Bacon's library, simply because they cannot think of anybody else who lived in that house who would have been likely to bring in Shakespeare Quartos. The binding could have been done by a more recent occupant, who thought good to secure together things of similar character."

"The likelihood of Shakespeare Quartos being acquired casually recedes with distance from the time in which they were produced. There are so few of them altogether, it is rather odd that seven should have as their provenance that house." Fuller adds in a footnote, "as the dates of the Hamlet Quarto are generally given as 1602, the "bad Quarto," and 1604, the "good Quarto," the 1605 puzzled me and I wrote about it to the Bodleian; the Keeper of Printed Books, Dr. R.T. Roberts, replied to me, "There are seven known copies of the second or "good" quarto of Hamlet. Of these, three bear the date 1604 and four the date of 1605. The Verulam copy is one of the latter. The texts are otherwise identical and the reason for the change of date is unknown. There is, I suppose, a possibility that the title-pages were printed about the turn of the year."

Additionally, the following quartos were found (in 1909) along with the Shakespeare quartos, The Tragedie of Claudius Tiberius Nero, Romes greatest Tyrant,(no author) The Revengers Tragedie(no author), Ben Jonson's Volpone or The Fox 1607, Eastward Hoe by Ben Jonson, Geo Chapman, and John Marston 1605,Seianus His Fall by Ben Jonson 1605,King Edward the Fourth, The First and Second Part (no author) 1619, Catilline his Conspiracy by Ben Jonson 1611, Buffy D'Ambois: A Tragedie As it hath been often presented at Paules.(no author) 1607, The Tragedie of Caesar and Pompey or Caesars Revenge(no author, no date), A Mad World My Masters, As it hath bin lately in Action by the Children of Paules. Composed by T.M. 1608, Parasitaster or The Fawne as it hath been Divers Times Presented at the Blacke Friars, by the Children of the Queenes Majesties Revels, and since at Powles written by John Marston 1606, The Malcontent augmented by Marston 1604, The Conspiracy and Tragedy of Charles Duke of Byron, Marshall of France written by George Chapman 1608, The Wonder of Women or The Tragedie of Sophonisba as it hath beene sundry times Acted at the Blacke Friers written by John Marston 1606.

I wish to thank the Bodelian Library for the title-page photocopies,which were made from a microfilm of the original documents.

Visit The Gorhambury Theatre of Masks