An Appeal for further Investigation 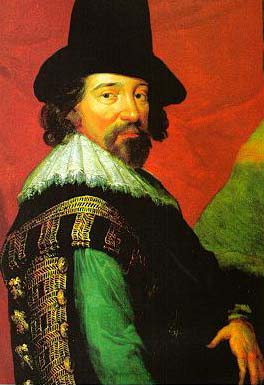 "Shakespeare's life is a fine mystery. I tremble every day lest something should turn up."---Charles Dickens

"There is something about him (Bacon) not fully understood or discerned."--Professor Craik

The Mystery of the Rosicrucians 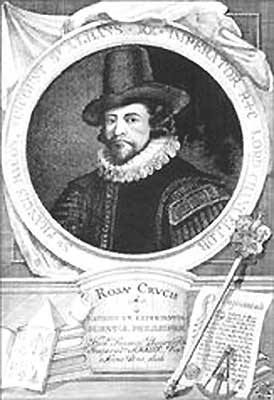 Chapter I. The Secret of Elizabethan Papermarks 17

This book is an attempt to establish the following propositions:

1. That Bacon's romantic fable, "The New Atlantis," is not an Utopian Dream, but a thinly disguised account of an actual Secret Society, with which he was closely associated.

2. That the object of this Fraternity of learned men, known superficially to history as the Roscicrucians, or the Brethren of the Rose and Cross, was "the advancement of learning," "the bettering of men's bread and wine," and the "universal reformation of the whole wide world."

3. That the principal method by which the achievement of this end was attempted, was the preparation and publication of instructive and elevating literature.

4. That books published under the auspices of the Fraternity were secretly hall marked, and are to be identified by peculiar and distinctive emblems, which may be found conceled in the form of paper marks, printers' ornaments, and wood cuts.

5. That the Elizabethan renaissance was not a fortuitous outburst of wit and learning, but the result of a deliberately planned scheme.

6. That the Plays first published anonymously, but which subsequently bore the pseudonym "William Shakespeare" upon their title pages, were not the work of the play actor, "William Shakspere, of Stratford on- Avon, in the county of Warwick, gent.," but were written by Francis Bacon, who, for various reasons, considered it expedient to assume a mask.

7. That Francis Bacon was likewise the author of much other similar literature, in many cases but the hack-work of youthful genius, and at present attributed to other men.

8. That is was the philosophy of the Roscicrucians to endeavor to act as God's deputies upon earth, to imitate, to the best of their ability, the order of the Universe, and that their publications are, as far as may be, modelled upon their favourite simile--the "Book of Nature."

9. That, as Nature's infinite book of secrecy possesses meanings, veiled and incomprehensible to the casual and superficial observer, so, in a finite degree, do the books which published under Rosicrucian auspices.

10. That Anagram, Enigma, and cipher writing were means and methods by which the Fraternity carried out their views, and that the frequently alluded to "Magical Writing" of the Roscicrucians was in all probability nothing more or less than the Biliteral cipher invented by Francis Bacon and described in Book VI. of his "Advancement of Learning."

11. That the discovery by Mrs. Elizabeth Wells Gallup that this well known cipher is applicable to a large circle of midieval literature, is a genuine discovery of the highest historical importance.

12. That there are indications that the system of concealing secret infromation by means of ciphers prevailed largely not only in England but throughout Europe, and that in sixteenth and seventeenth century literature there is in all probability an El Dorado of information awaiting distentombment.

These are heterodox and subversive conclusions, and it is difficult to condense into reasonable limit the evidence which has led me to adopt them. Some of my witnesses may be badly informed, others misled or perhaps irrelevant, but to the best of my belief their testimony is honest, and I ask that their statements may be heard, and temperately considered, before being condemned.

The present volume does not claim to be more than an introduction to many of the subjects touched upon, but it will be found to embody not a few of the leading facts and the most recent discoveries upon a subject which, in as much as it concerns "Shakespeare," is of quite unparalleled interest.

It is a deplorable truism that we English people know nothing, or next to nothing, or one who is perhaps our noblest countryman : Francis Bacon , instead of being rightly revered or even respected, is to the majority but little more than a dishonoured name. It is even more deplorable that day by day new writers come forward with fresh facts, their evidence is unheeded or cried down. Where others have failed to obtain a hearing I cannot expect to suceed; nevertheless the following pages have been written in the possible hope that they may perhaps awaken public interest and bring home to men's business and bosoms the tragedy of a superlatively great man's life.

"It will avail nothing to assail me. I am not at issue, and you cannot pound the life out of a fact with your fists. A truth has the indestructability of matter. It is part of God; the threads of continuity tie it to the throne of the Everlasting."--Harold Bayley, Honor Oak, London