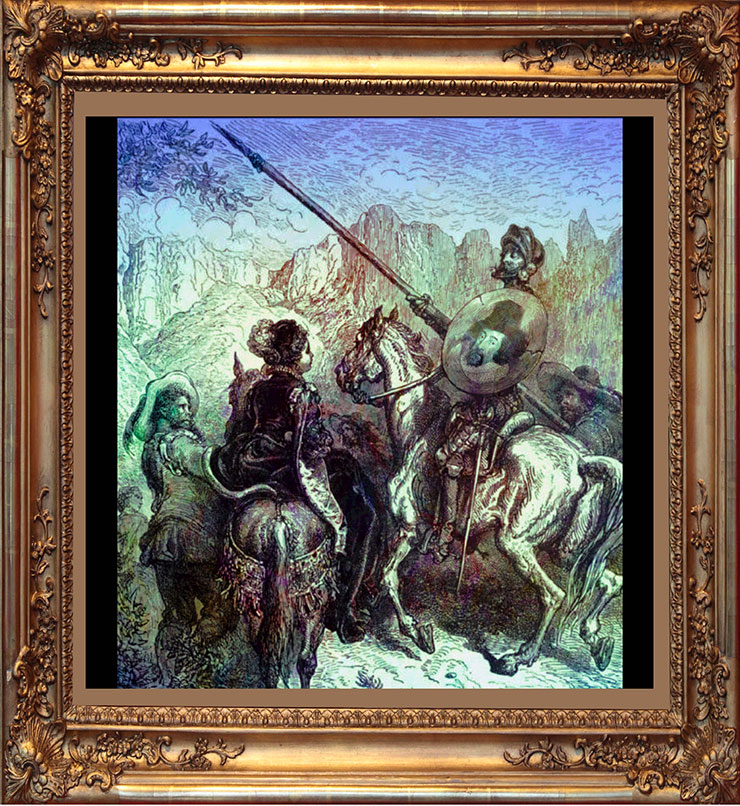 "Who was the real author of "The History of Don Quixote of the Mancha" title-paged to Miguel Cervantes?*

In the book itself the reader is continually tolcl that the author is Cid Hamet Benengeli as follows and in many succeeding passages.
First Part, Vol. i, page 61:

"The History of Don Quixote of the Mancha," written by Cid Hamet Benengeli, an Arabian Historiographer. Book 3, Chap. I, page 106:

In the Second Part, Chap. 40, it says: "be thankful to Cid Hamet, the author of the original," again telling us that the original author was Cid Hamet Benengeli and not Cervantes.

In the Second Part, Chap. 2, there is a reference to a curious author that caused the History of Don Quixote to be translated into Spanish, which tells us once more that the book was not originally* written in Spanish but translated out of the original into Spanish by some curious author.

The First Part of the History of Don Quixote of the Mancha in English appeared in 1612, and is stated to have been published for

* In 1923 the Navarre Society published "The History of Don Quixote, translated from the Spanish by Thomas Sheltonfrom the first Edition. 1612-20. '' But they omit the Preface to the Reader of the original edition, without a word of explanation, which is a very high-handed proceeding, as the reader would have no idea that the original of the book contained a Preface which has been suppressed. The following references are to the Navarre Society's edition of 1923.

Thomas Shelton is stated to be the translator of the English version published in 1612, but who Thomas Shelton was and where he was born or educated is not known. In fact, no evidence has yet been produced to show that there ever was such a person as Thomas Shelton. Even if there was, Thomas Shelton behaves in exactly the same way as the other masks of Francis Bacon. He is a mere shadow on the horizon of Literature; he appears, makes his bow, translates Spanish into perfect English, bows again, and then disappears off the stage of English Literature and is never heard of again.

When the first English Edition of Don Quixote appeared people commented on the excellency of the translation, not realising that it was really the original; the English original from which the Spanish book had been translated.

In the Preface to Don Quixote we find these words, "my pen in mine ear, mine elbow on the table and my hand on my cheek,'' which is reminiscent of ' 'Thus leaning on my elbow,' ' in King John and the statue of Francis Bacon in St. Michael's Church at Gorhambury, in which Francis Bacon is shewn sitting on a chair leaning on his elbow. 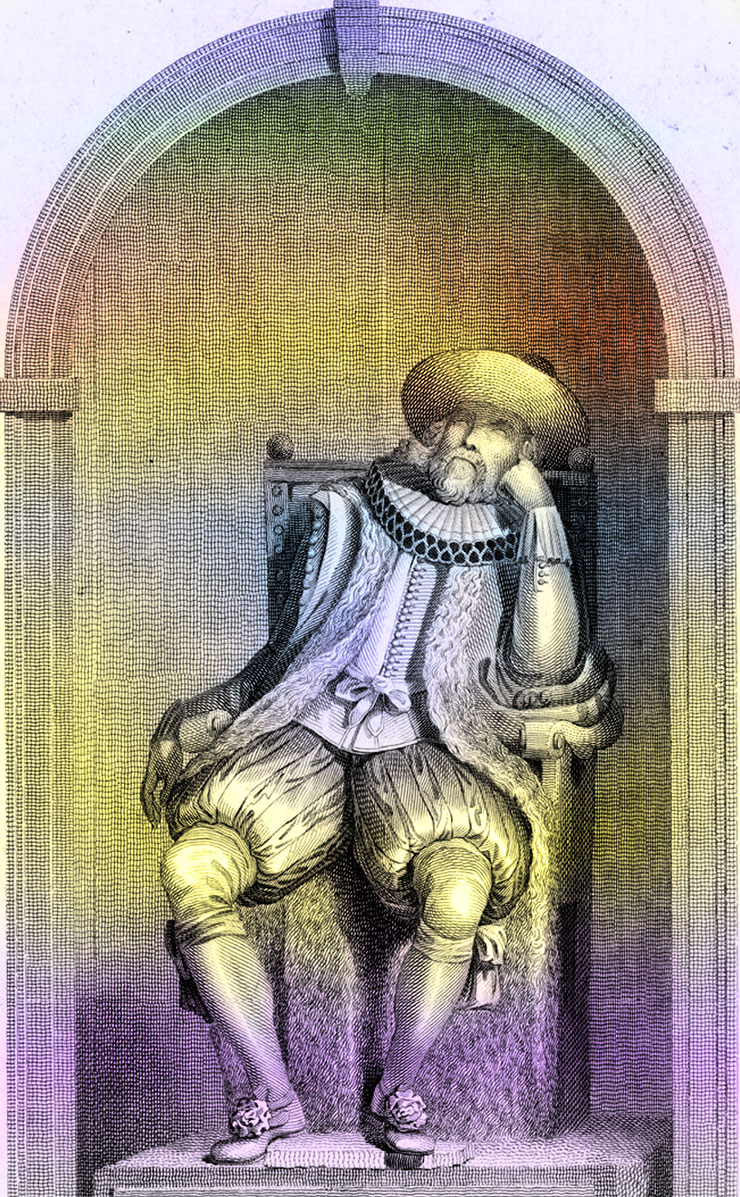