Zen and the Art of SHAKESPEARE and BACON 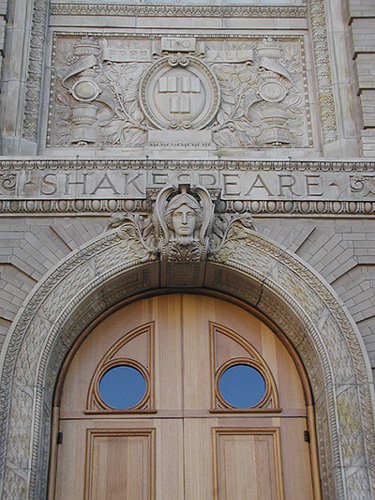 To Thine Own Self Be True

Francis Bacon spent most of his life training himself to observe truth and to contemplate nature, the human mind and the Divinity that each of us is capable of experiencing. He writes accordingly throughout his philosophical writings and provides a key to it. He tells us how to recognize the limits of faulty observation with his description of what he calls The Four Idols. Essentially Bacon provides a guideline to why an advancement of learning is not possible unless we observe the cultural traditions and prejudices that we develop and inherit. The Four Idols are similiar to the Eastern concept of maya. It is as much a philosophical issue that surrounds each of us on a daily basis as it is a pragmatic challenge on how to employ methods to overcome the Four Idols and their impediments.

The works of Shakespeare and Bacon reveal a mind that touched the depths of human nature with the brilliance to articulate the ineffable. We are encouraged by the stories in Shakespeare to live in the moment, value self-inquiry, and see life directly as it is.. Easier said then done.

Poet R. H. Blyth once pointed out that the world's two greatest Zen poets are Shakespeare in the West and the Haiku poet Basho (1644-1694) in the East. In his book, Zen in Englih Literature and Oriental Classics, he wrote,

Listed below are some of the phrases that exist from both the Shakespeare Plays and Bacon's works which bring to light jeweled insights comparable to the profound teachings found in Zen. Following this are links to recommended essays.

If you have any suggestions for more Zen like phrases that are from the Plays or Bacon's work that you think belong here don't hesitate to share them and they will be added to this page. Thank you. ---Lawrence Gerald

HAMLET : Why, then, 'tis none to you; for there is nothing

either good or bad, but thinking makes it so: to me it is a prison.

To Be Or Not To Be

'Tis but thy name that is my enemy;

Thou art thyself, though not a Montague.

What's Montague? it is nor hand, nor foot,

Nor arm, nor face, nor any other part

Belonging to a man. O, be some other name!

What's in a name? that which we call a rose

By any other name would smell as sweet;

So Romeo would, were he not Romeo call'd,

Retain that dear perfection which he owes

Without that title. Romeo, doff thy name,

And for that name which is no part of thee

MUCH ADO ABOUT NOTHING

Beatrice :"Benedick: I do love nothing in the world so well as you.  Is not that strange? Beatrice.  As strange as the thing I know not.  It were as possible for me to say I loved nothing so well as you.  But believe me not; and yet I lie not.  I confess nothing, nor I deny nothing."

That she belov'd knows nought that knows not this :
Men prize the thing ungain'd more than it is.

What's gone and what's past help
Should be past grief.

Some craven scruple of thinking,too precisely on th' event.

There's a divinity that shapes our ends, Rough-hew them how we will.

Talkers are no good doers.

Macbeth (Act 5, Scene 5, lines 17-28)
She should have died hereafter;
There would have been a time for such a word.
To-morrow, and to-morrow, and to-morrow,
Creeps in this petty pace from day to day,
To the last syllable of recorded time;
And all our yesterdays have lighted fools
The way to dusty death. Out, out, brief candle!
Life's but a walking shadow, a poor player
That struts and frets his hour upon the stage
And then is heard no more. It is a tale
Told by an idiot, full of sound and fury
Signifying nothing. 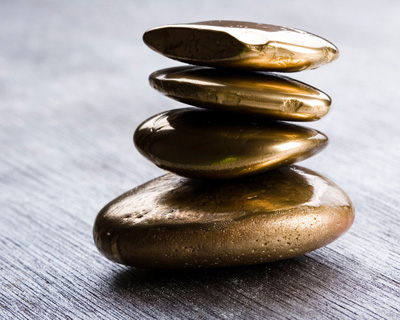 But such is the infelicity and unhappy disposition of the Human Mind in the course of invention that it first distrusts and then despises itself. First will not believe that any such thing can be found out; and when it is found out cannot understand how the world should have missed it for so long. - from Part II of Lord Bacon's Instauration Magma 1620

The contemplation of things as they are without error without or confusion without substitution or imposture is in itself a nobler thing than a whole harvest of inventions.

For myself, I found that I was fitted for nothing so well as for the study of truth; as having a Mind nimble and versatile enough to catch the Resemblances of Things (which is the chief point) and at the same time steady enough to fix and distinguish their Subtler Differences; as being gifted by Nature with Desire to seek, patience to Doubt, fondness to Meditate, slowness to assert, readiness to consider, carefulness to dispose and set in order; and as being a man that neither affects what is new nor admires what is old, and that hates every kind of Imposture. So I thought my Nature had a kind of familiarity and Relationship with Truth. On the Interpretation of Nature 1603-4

God hangs the greatest weights upon the smallest wires.
.

Beauty itself is but the sensible image of the Infinite.


Things alter for the worse spontaneously, if they be not altered for the better designedly. Anger makes dull men witty, but it keeps them poor.

There is no excellent beauty that hath not some strangeness in the proportion.

Whosoever is delighted in solitude is either a wild beast or a god.

Write down the thoughts of the moment. Those that come unsought for are commonly the most valuable.

No pleasure is comparable to the standing upon the vantage-ground of truth.

Nature to be commanded must be obeyed -

In order for the light to shine so brightly, the darkness must be present.

Death is a friend of ours and he that is not ready to entertain him is not at home.

Seek ye first the good things of the mind and the rest will either be supplied or its loss will not be felt.

Silence is the sleep that nourishes wisdom. -

Truth is so hard to tell, it sometimes needs fiction to make it plausible.

Discretion of speech is more than eloquence, and to speak agreeably to him with whom we deal is more than to speak in good words, or in good order.


God's first creature, which was light.

Death is a friend of ours and he that is not ready to entertain him is not at home.

I had rather believe all the Fables in the Legend, and the Talmud, and the Alcoran, than that this universal frame is without a Mind.
Science is but an image of the truth.


Truth is a good dog; but always beware of barking too close to the heels of an error, lest you get your brains kicked out.

What is truth? said jesting Pilate; and would not stay for an answer.


Truth can never be reached by just listening to the voice of an authority.

The understanding left to itself, in a sober, patient and serious mind (especially if unhindered by received doctrines) tries sometimes to follow the second way, the right one, but does not get far. For the intellect alone, unregulated and unaided, is unequal to the task and quite unfitted to overcome the obscurity of things. Aphorism 46

For all color is the broken image of light. The sun, though it passes through dirty places, yet remains as pure as before.

Tragedies and Comedies are made of one Alphabet.

For by one who philosophizes according to the sense alone, the eternity of matter is asserted, the eternity of the world (such as we now see it) is denied; and this was the conclusion both of the primitive wisdom, and of him who comes nearest to it, Democritus.  The same thing is testified by Sacred Write; the principal difference being, that the latter represents matter also as proceeding from God; the former, as self-existing.  For there seems to be three things with regard to this subject which we know by faith.  First, that matter was created from nothing.  Secondly, that the development of a system was by the word of Omnipotence; and not that matter developed itself out of chaos into the present configuration.  Thirdly, that this configuration (before the fall) was the best of which matter (as it had been created) was susceptible.  These however were doctrines to which those philosophies could not rise. Creation out of nothing they cannot endure. 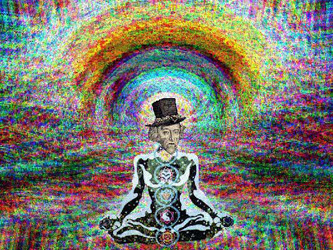 Shakespeare in Japan's Zen Philosophy:
The Play of Nothing At the Theatre of Nothing

Hamlet a Study in Satori by Ted Guhl