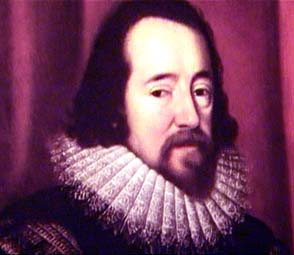 Fabian.--I will prove it legitimate, sir, upon the oaths of judgment and reason.

Sir Toby.--And they have been grand-jurymen, since before Noah was a sailor. --Twelfth Night, iii. 2.

In this volume, as well as in our "Bacon vs Shakspere,"wherever personal reference is made to William Shakespere of Stratford, the reputed dramatist, the name is so spelled, William Shakspere ; but where the reference is to the author of the Plays, as such, we treat the name as a pseudonym, spelling it as it was printed on the title-pages of many of the early quartos, WILLIAM SHAKE-SPEARE. In all cases of citation, except in those where confusion would arise, we follow the orignials.

The value of the discussion, to which this volume and our preceding one are devoted, is, we regret to say, not yet clearly understood. It consists in the comparison and mutual elucidation of the works of (as commonly alleged) two of the greatest thinkers of all time. The Shake-speare poems and plays are comprised in about one thousand printed pages; the philosophical, literary, and professional writings of Francis Bacon, the same number; to analyze and compare them, almost page by page, to show their relations to the era in which they were written, and to the environment and personal aims of their respective authors, is an undertaking the educational influence of which, when prosecuted in the true historical spirit, cannot easily be overestimated. Were it not an undoubted fact that determination of authorship is a condition precedent to the comprehension of the Shakespearean dramas, we might sympathize with the great critic Lessing, who declared in substance that if he could hold truth in one hand and in the other the pursuit of truth, and retain but one, he would be tempted to let truth go and retain the pursuit.

A father, dying, called his sons to his bedside and told them he had buried a treasure in his vineyard for them. In due time they found it; not in gold or silver, but in the bountiful crops that reward the spade and pick.--Edwin Reed Andover, Mass. , November, 1901

See more from this book here