from Whitney's Choice of Emblems

The Masonic term "Plus Ultra" ("more beyond") appears on a banner between two pillars (representing Masonry) in an emblem from Whitney's Choice of Emblems (1586). (Bacon is said to have published this book.) The emblem also depicts arches (another Masonic symbol) and the light and dark "A"s which symbolize Athena. The same light and dark "A"s appear on the title page of the King James Bible.

The following is from Mather Walker on the subject :
While Francis Bacon was in France during the period from 1576 through 1579 a number of works were published exhibiting his handiwork. The above device, which also appeared in Alciat's Emblems, published in 1577, is most important because, in it, Bacon devised a key for those works he later wrote, the most prominent of which, were the Shake-Speare Plays.

This emblem merits the most exacting scrutiny. The first fact, which is sounded loud enough to make the deaf wince, is that Bacon takes the most extraordinary measures to signal his identity. There is the boar from his coat of arms. A careful examination of the right side of the device reveals, near the top, an "F" lying on its front; and, further down, a "B" lying on its back. At the top of the device one sees the Pillars of Hercules with the words, "Plus Oltre". "From the most able to him that can but spell", every school child, knows this was a stock idea of Bacon's. In the center of the device is a pyramid, another of Bacon's stock ideas. In the "Wisdom of The Ancients" he describes Pan, whom, he says, represents nature:

"Horns are given him, broad at the roots, but narrow
and sharp at the top, because the nature of all things
seems pyramidal; for individuals are infinite, but being
collected into a variety of species, they rise up into
kinds, and these again ascend, and are contracted
into generals, till at length nature may seem collected
to a point."

On both faces of the pyramid appear the letter "A", pointing to another stock idea of Bacon's: The Alphabet of Nature.
With Bacon's identity established, one need only ask: what information was the device designed to transmit?
The first item of information, highly significant in itself, is that is that the light "A", dark "A" emblem is a device of Bacon's. The second relates to the passage in the "Masculine Birth of Time", written about the same time the Alciat emblem book was published, where Bacon says:

"Nevertheless it is important to understand how the present is like a seer with two faces, one looking toward the future, and the other toward the past. Accordingly, I have decided to prepare for your instruction tables of both ages, containing not only the past course and progress of science, but also Anticipations of things to come. The nature of these tables you could not conjecture before you see them. A genuine Anticipation of them is beyond your scope, nor would you be aware of the lack of it unless it was put into your hands. It is a compliment reserved to some of the choicer spirits among you whom I hope to win thereby. But generally speaking science is to be sought from the light of nature, not from the darkness of Antiquity."

Another stock metaphor is his Intellectual Globe. Ancient knowledge is symbolized by the Old World around the Mediterranean sea. The New World, symbolizing future knowledge, is west of the Pillars of Hercules, which, according to legend stood at the western most limit to the Mediterranean Sea. In connection with this, compass convention would be as follows:

More than a dozen light "A", dark "A" headpieces are found on Elizabethan literature which appears under the name of various authors. These include Edmund Spenser, Christopher Marlowe, Shakespeare, and others: all authors believed by Baconians to be among the various masks used by Francis Bacon. On these headpieces the light "A" is almost always to the left, and the dark "A" to the right.The third item of information is that the Alphabet of Nature is composed of two equal and directly opposing aspects.

The boar in the emblem was used in Bacon's first crest, but was later replaced with the boar image below, which is also seen in the Novum Organum of 1620. 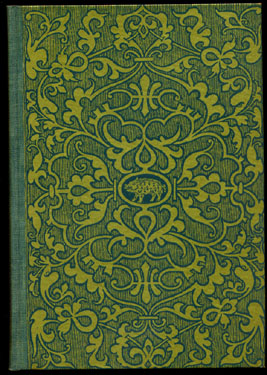 "Emblems bring down intellectual to sensible things for what is sensible always strikes the memory stronger." (Advancement of Learning)

More on the AA and Shakespeare

All these elements connect Bacon with Masonry and the Knights of the Helmet.