with an appendix of additional matters, including a notice of the recently discovered Northumberland MSS., a supplement of further proofs that Francis Bacon was the real author, and a full index 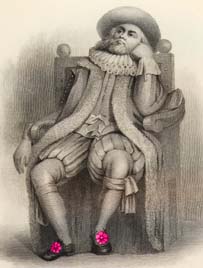 engraving by Joseph Andrews of Boston

Preface to the Third Edition

The author takes this occasion to acknowledge the friendly considerations with which the former editions have been received by the public, so far as he is aware that the work has attracted attention. Those editions having been exhausted, another still seems to be called for. On it's first appearance, the book was noticed by many of the public journals in this country, and by some in England, and in a manner for the most part highly complimentary to the writer, though by no means all were prepared to accede to his conclusions. Nor have all been ready to admit that he added much to the considerations and proofs tht had already been presented by others before him. The subject, however, has continued to be discussed in various ways, and, more recently, the candid and able summaries of the argument, which have appeared in "Fraser's Magazine," "Scribner's Monthly," and other periodicals of high literary character, would seem to indicate that the general interest in the question had rather increased than diminshed.

The author has not hitherto found reason to modify his views, or statements, in any material respects. Such additional matters as have been brought to his notice, and were deemed of sufficient importance, have been added in the Appendix; and he trusts they may furnish a further justification for this new edition of the work. He does not suppose that the inquiry has been exhausted, nor that the truth of the theory has yet been demonstrated to the satisfaction of all, but he scarcely expects himself to find another occasion for touching the subject.

Preface to the New and Revised Editon

The additional matters which have come to my notice within the last ten years seemed to me to be of sufficient value to justify a supplement to a new edition of this work. It consists chiefly of considerations of the internal evidence arising out of a critical comparison of the writings in question, and it will further complete what I had to say upon the subject. The original book was largely occupied with the external evidences, and with such an expostion of Bacon's method and system of thought (and of the results to which they tended when interpreted by the light of modern science and philosophy) as seemed necessary for a proper elucidation of the whole inquiry; for all this was intimately involved in any adequate appreciation of the internal evidence. The order of the supplementary topics, with references back to the page where the same subject is mentioned, will give some unity to the whole and facilitate study; and the copius index added to this edition will much aid the investigator. The division into two volumes may be said to mark a formal separation of the more historical and literary from the philosophical and critical portions of the work. Whatever may be the final conclusion of sound criticism upon the main proposition that Francis Bacon was the real author, this voluminous effort to make the truth of it clear will not I trust, in any event prove to have been altogether useless.---NATHANIEL HOLMES

Contents of Volume I. (Links to Google)

An Appendix of Additional Matters, including a Notice of The Recently Discovered Northumberland MSS., With an Introduction

"This work undertakes to demonstrate, not only that William Shakespeare did not, but that Francis Bacon did, write the plays and poems. It presents a critical view of the personal history of the two men, their education, learning, attainments, surroundings, and associates, the contemporaneousness of the writings in question in prose and verse, an account of the earlier plays and editions, the spurious plays, and "the true original copies." It gives some evidence that Bacon was known to be the author by some of his contemporaries. It shows in what manner William Shakespeare came to have the reputation of being the writer. It exhibits a variety of facts and circumstances, which are strongly suggestive of Bacon as the real author. A comparison of the writings of contemporary authors in prose and verse, proves that no other writer of that age, but Bacon, can come into any competition for the authorship. It is recognized that the evidence drawn from historical facts and biographical circumstances. are not in themselves alone entirely conclusive of the matter however suggestive or significant as clearing the way for more decisive proofs, or as raising a high degree of probability; and it is conceded, that, in the absence of more direct evidence, the most decisive proof attainable is to be found in a critical and thorough comparison of the writings themselves, and that such a comparison will clearly establish the identity of the author as no other than Francis Bacon." -- NATHANIEL HOLMES 1884, The Authorship of Shakespeare, Bibliography of the Bacon-Shakespeare Controversy, ed. Ivy- man, p. 28.