Scroll down and see the free shows inside 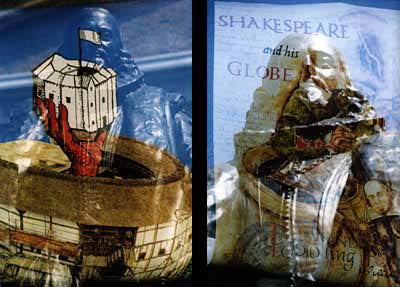 For it is expressed in the Scriptures touching the government of God, that this globe, which seemeth to us a dark and shady body, is in the view of God as crystal. In substance, because it is the perfect law of inquiry of truth, that nothing be in the globe of matter which should not be likewise in the globe of crystal or form. -Bacon from The Advancement of Learning 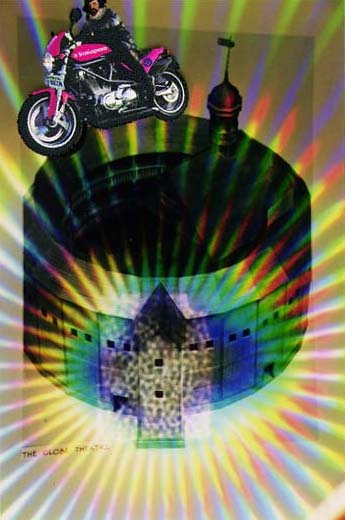 It would be disgraceful if while the regions of the material globe--that is, of the earth, of the sea, and of the stars--have been in our times laid widely open and revealed, the intellectual globe should remain shut up within the narrow limits of old discoveries." Bacon from the Novum Organum

All the World's a Cyberstage! 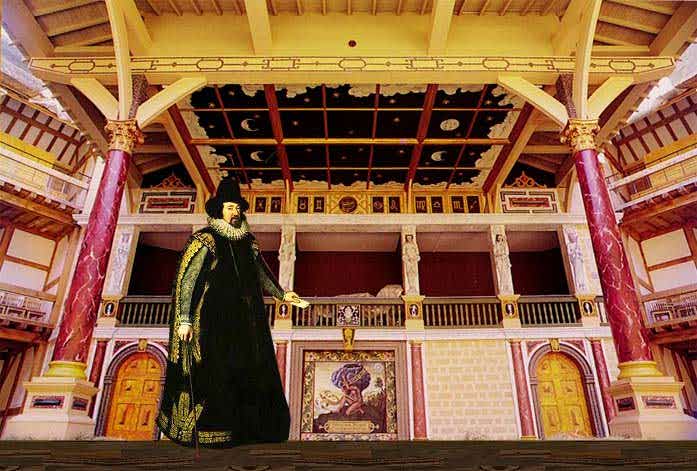 See the Bacon-Shakespeare Morph. . .
.Click here to see the version that will fit on smaller screens . . .

Hear and see an animated Shakespeare
on MTV's Celebrity Deathmatch.

The First Display Board at the New Globe Exhibition Hall

Francis Bacon And The Stage

Interview with Mark Rylance :  Director of the London Globe Theatre

Kingdom For A Stage