The Invention of the Biliteral Cipher 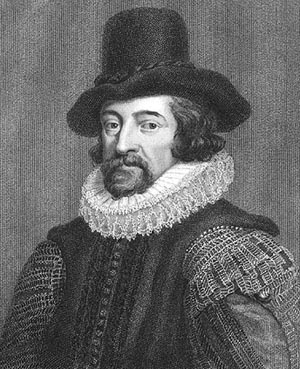 Not a little of the discussion concerning the existence of the Biliteral Cipher in the works of Francis Bacon has centered about the fact that Italian type in two forms in the same text existed in books printed before Bacon's time, that this use increased during the period in which he wrote, and was continued long after his death. This has led to many conjectures. By some it is thought to be an irrefutable argument against the use for cipher purposes in the books in which the cipher has been found; by others, that it is an evidence that its use was not confined to Bacon, but was much more widely extended, was familiar to many writers besides Bacon, and used long after his day entirely for cipher purposes.

I have in various ways sought to make plain what seems to me the real explanation, and may, in this connection, repeat what is already familiar to some readers. Many, however, do not understand it, and this is my excuse for further brief reference to the subject.

It is conceded that Bacon was the inventor of the Biliteral system. Inventions usually result from the suggestion or adaptation of something already in existence. How mixed fonts came to be used before Bacon's time, is impossible to ascertain. The poverty or necessities of some printing office compelling "a make shift" to supply the lack of italic type may have been the beginning. To some other printer it appeared as "a new style," and was adopted as the latest fashion.

Bacon saw that by method in the arrangement of these two forms of letters already at hand, a cipher could be enclosed in the printed page, yet attract no attention--that it would be absolutely undiscoverable without the key--- and he incorporated a communication in his first book, The Shepherds' Calendar of 1579. The success and secrecy of his plan became at once apparent, and it was continued in his writings. Publishers of other books observed the permanence of "the new fashion" of two forms of type, and followed it for no particular reason, until a considerable part of the literature of the day appeared in this mixed form. The larger the number printed in this manner, with no method in the arrangement of letters, the greater the safety of the hidden matter in those of Bacon; and the disclosures show that he, becoming bolder, ventured to place the gravest secrets of his life in this two-formed type. The very success of its hiding caused him at length to fear that he had done his work too well, and that he must give some hint of its existence, or it would never be discovered. In 1605, we have the first mention of a Biliteral Cipher, but it was not until 1623 that the full explanation of it was given, after it had been in use forty-four years.

I have found the cipher in Bacon's works up to 1635. In one case-- that of the Sylva Sylvarum-- I found the cipher in the edition of 1635, but not in one of later date nor in one or earlier. The letters in two forms are there, but indiscriminately placed.

I have examined the works of many authors--books printed in Bacon's lifetime and before, in which these differing forms of letters appear--but have failed to find in them the Biliteral method in groups of five. I do not say that no cipher exists in these books, but that the method delineated by Bacon in De Augmentis does not exist in those I have thus far examined.

I come to the conclusion, therefore, and this is confirmed in the cipher writings, that Bacon selected his types from those in general use, and that after his death the cipher was incorporated in the editions printed by Rawley, or some other confidant of Bacon, but not in all the editions that appeared.

Time and strength were wanting to continue the examination of Rawley's later editions, but there is every reason to believe that, at least, some of these contain a continuation of the hidden writings.