“Did Francis Bacon die in 1626? Or did he feign his death with the help of his Rosicrucian-Freemason Brotherhood?”

DID FRANCIS BACON DIE IN 1626? OR DID HE FEIGN HIS DEATH WITH THE HELP OF HIS ROSICRUCIAN-FREEMASONRY BROTHERHOOD?

Following his fall from grace which was one of the greatest political betrayals in English history, in order that King James could save the favourite George Villiers, Duke of Buckingham, and so that he could save himself, Francis Bacon spent the last five years of his recorded life writing, revising and translating his works for publication with the help of his good pens among them Ben Jonson and George Hebert. During the last year of his life the health of James I was steadily deteriorating and he was rarely able to visit London, while the favourite Buckingham who had sacrificed Bacon and in his distress extorted York House from him, took the opportunity to extend his influence over the heir to the throne, Prince Charles. On 27 March 1625 King James died at Theobalds with Buckingham at his bedside. These are the simple facts known to general history. Following the succession there was no return to favour for Bacon or any offer of a position in the new regime or government and the two of them Charles I and Buckingham believed they could jointly rule without the need or advice of the kingdom’s greatest and wisest statesman. He knew better than anyone and had first-hand experience of the behaviour of monarchs towards those they perceived as a threat or had fallen out of favour.

In the weeks and months leading up to Bacon’s supposed death a certain George Eglisham’s, one of King James’s physicians, was busy writing an explosive pamphlet entitled The Forerunner of Revenge which when published caused a sensation and had very far reaching consequences for Charles I and the favourite Buckingham. In the pamphlet Eglisham directly accused Buckingham of poisoning and murdering his lover and royal master James I as well as other members of the nobility including the Earl of Southampton to whom Bacon had dedicated his Shakespeare poems Venus and Adonis and The Rape of Lucrece. There were also many who believed that King Charles had been complicit in the murder of his father King James and Bacon too feared King Charles would try to kill him. The great philosopher died to the profane world on Easter Sunday 9 April 1626 and on 8 May the most reviled and hated man in the kingdom Buckingham was impeached by the House of Lords on charges relating to causing evils affecting the state, bribery and corruption on a colossal scale, and the murder of King James. The decision by King Charles not to allow Buckingham’s impeachment to proceed to trial by dissolving parliament at the cost of a much needed subsidy bill led more to believe or strongly suspect he was complicit with Buckingham in the foul act of killing a king, the very progenitor of his own royal blood. These events eventually led to the assassination of Buckingham in 1628 and helped set in train the state execution of Charles I and the English Civil War.

In the meantime hidden to mainstream history for four hundred years Bacon having feigned his own death with the help of his Rosicrucian-Freemasonry Brotherhood apparently quietly slipped off to the continent, perhaps travelling first to France and moving on to The Hague in the Netherlands, before eventually spending many years in Germany with Johann Valentin Andreae living to a very old age.

Evidence for his second life includes textual evidence involving indications he did not die in 1626 (‘He is gone, he is gone: it suffices for my woe to have uttered this: I have not said he is dead’), etc. Letters, one written in his prose including the phrase ‘when I was alive’, another letter written by Sir Thomas Meautys to Bacon dating from 11 October 1631, proving he was still very much alive five years after his supposed death in 1626, as stated in every single orthodox biography to the present day. There is also a good deal of evidence supporting that Bacon was responsible for producing, revising and enlarging his own works, and for his direct involvement in writings published in the name of others, post 1626. He also wrote the little known poem ‘On Worthy Master William Shakespeare’ prefixed to the 1632 Second Shakespeare Folio and was responsible for 1,679 changes in what was an attempt to clarify and correct the text including hundreds of alterations in grammar, changes pertaining to the action, and amendments and revisions, affecting metre and style. There is also evidence for his involvement in the publication of the first English translation of the Rosicrucian manifestos the Fama and Confessio (1652) and the publication of the unique version of his New Atlantis known as The Land of the Rosicrucians (1662). This is all supported by extensive cryptographic evidence, Rosicrucian-Freemasonic frontispieces, portraits and engravings, including a portrait with the initials ‘F. B.’ prominently displayed in it depicting Francis Bacon as a very old man. He was born in secrecy and died in secrecy all of which is known to the select elite of his present day Rosicrucian-Freemasonry Brotherhood who will eventually disclose to the world where Bacon truly died and where he is actually buried, that he is the true author of the Shakespeare works, as well as other secrets about his life and writings. The full truth will truly stagger humankind. 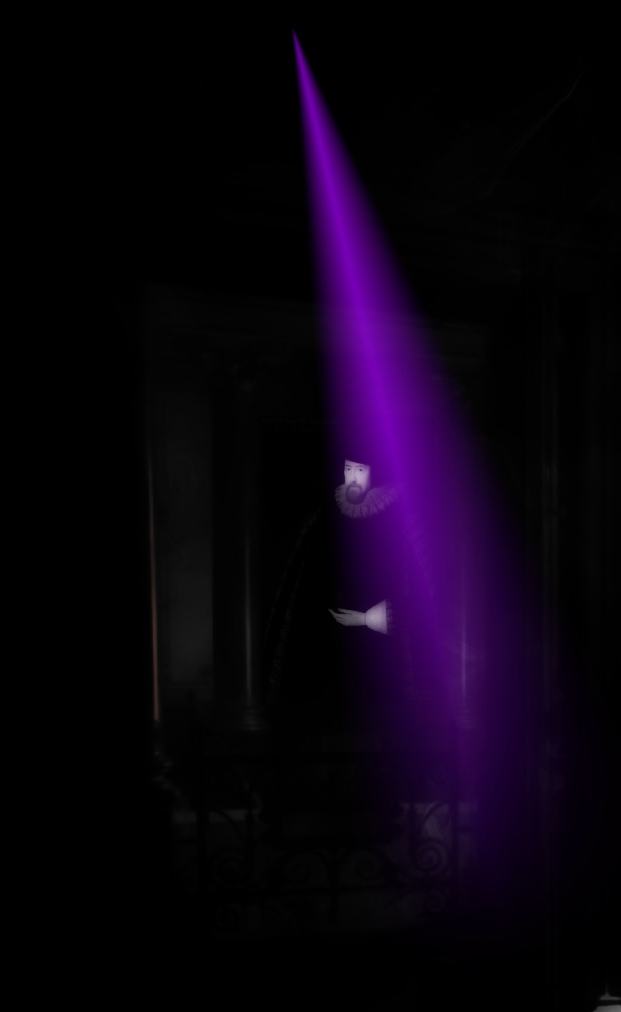