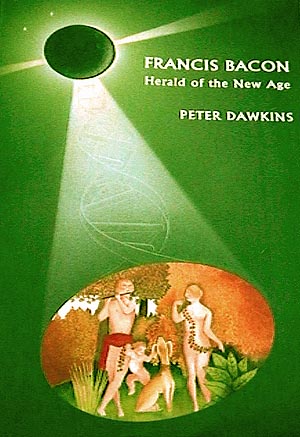 Sir Francis Bacon (1561-1626), the Elizabethan and Jacobean magus, was pre-eminently a man of mystery, as pointed out by his great friend and poet, Ben Jonson, who adulated Bacon and knew his secret life. Bacon lived through two reigns of English monarchs—the Tudor Queen Elizabeth I and the Stuart King James I —during which he played a major part at all levels of society, much of it deliberately concealed both for safety's sake and also for profounder reasons.
Francis Bacon is mostly known as having been one of the most notable and influential philosophers since Socrates and Plato, and many people credit him with having been the principal founder of modern science and, by inference, modern society. Because of this he is also used by some people as a scapegoat for the evils of modern society, those people tending to forget the equally great or greater blessings which modern science has brought to the world, and that society was by no means free of evil either before or during Bacon's time. We might just as well accuse the Buddha, or the Christ, or Mohammed, for the many evils that have been promulgated by people the world over who have claimed to be following the teachings of those great masters of wisdom and compassion.

Bacon himself was immensely wise and compassionate man, and his philosophy is entirely based upon love and devoted philanthropy. He offers us a scientific method, dedicated to God or Divine Love, by means of which, through the practice of compassion or charity, we could make the world, a paradise.
This book, Francis Bacon—Herald of the New Age, aims to help make known the more hidden life and work of this great man who, as head of the Rosicrucians c 1580-1626, brought together the greatest talents of that time in order to create what is now regarded as the golden age of English Literature, and to inaugurate a programme or method by which mankind might more easily and steadily reach enlightenment and create a vastly greater and more important Golden Age of wisdom, peace and prosperity worldwide.

This book is a compilation of essays written between 1988 and 1992 originally as a series of research and discussion papers for the members of the Francis Bacon Research Trust, which was set up to research the life and work of Francis Bacon and his associates.

Francis Bacon referred to himself as being the "herald of the new age"—a Golden Age—synonymous with John the Baptist who heralded the coming of Christ. This book relates some of the reasons why Bacon should describe himself so and be seen as such by others, including Paracelsus's prophecy a century earlier concerning the birth or appearance of Francis Bacon, whom he referred to as "Elias the Artist," a "great Light" who would give to the world a method by which all things might be known. Rosicrucians in Bacon's time and in later years equated Bacon with both Elias the Artist and Brother C.R.C., the 'father' or head of the Rosicrucian Order, whose scientific and cultural programme would eventually cleanse the world of vice and ignorance, and inaugurate a golden age of beauty, joy and enlightenment.

TO ORDER THIS  BOOK and All Other Books by Peter Dawkins