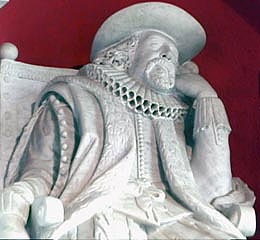 The following article appeared in Baconiana Vol. LX. No.177,

"In addition we understand from Group Captain F. Winterbotham, author of Ultra Secret, that Friedman admitted to him that he had been wrong to condemn all Baconian ciphers."

In The Man Who Broke Purple (Weidenfeld and Nicolson; 1977), a biography of the American cryptologist [Colonel]William F. Friedman, Ronald W. Clark mentions a paper on"Shakespeare, Secret Intelligence and Statecraft" delivered by Friedman to the American Philosophical Society in 1962 (p.199). In this Friedman commented on "cryptologic" practices used by the "British Post Office" (sic) from about 1500 to 1844. He alluded in this context to Henry V (Act II, Scene II) where Bedford says of the traitors to his brother,

"The King hath note of all that they intend, By interception that they dream not of."

Friedman's theory that the "interception" was of enciphered letters is intriguing in view of his expressed hostility to Baconian ciphers, with the grudging exception of Mrs. Gallup's Biliteral, in The Shakespearean Ciphers Examined, published in 1957, only five years before.

Although Shakespeare makes no other reference to the matter, the chroniclers Hall and Holinshed (used as a source by the playwright) related that Henry V was "credibly informed" of the treason. Friedman pointed out that no convincing explanation of the "commissions" handed by the King to the three traitors has been made to date, although each blanched on reading them. The suggestion is that the conspirators were given their own messages enciphered, and that a contemporary audience would have been aware of this.The scene seems irrelevant to the plot; but Mary, Queen of Scots, had been betrayed by the decipherment of her correspondence by Elizabeth's agents only thirteen years before......
If Friedman was right in this , as he believed, it is difficult to understand how he could have written The Shakespearean Ciphers Examined, which was in any case effectively answered by our President, Commander Pares, and Professor Henrion at the time.

However, it is worth recording that at a subsequent meeting in London, a trois , Pares had demonstrated the ciphers from the Colonel, and of Camden's Remaines without contradiction from the Colonel, and to the complete satisfaction of the Cambridge Professor of Mathematics, who was the third party ivolved. In addition we understand from Group Captain F. Winterbotham, author of Ultra Secret, that Friedman admitted to him that he had been wrong to condemn all Baconian ciphers.

In the interests of historical accuracy, and the slighting remarks on Baconians made in Ronald Clark's biography, and since Colonel Friedman is now dead, we feel amply justified in stating the true position as we see it. In doing so, however, we wish to point out that Friedman suffered increasingly from mental instability and paranoia in later years, as indeed is made clear in The Man Who Broke Purple.

One last point, unfortunately, has to be made clear. Readers of Baconiana may well remember the article Scientific Cryptography Examined by Pierre Henrion which appeared in no. 160, page 43 et sequitur. In this Herion was able to demonstrate the deliberate if subtle deceptions which appeared in the Friedmans' book. One professional cryptologist had rumbled another.

Kenneth R. Patton a student of the Shakespeare--Bacon system of ciphers for many years will be offering the readers of sirbacon.org an in depth study of his research from his forthcoming book "Setting the Record Straight", that will vindicate the intentional use of some Bacon ciphers in Shakespeare and he will illustrate the deliberate deceptions made by William Friedman in The Shakespearean Ciphers Examined. --Lawrence Gerald