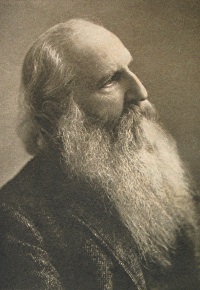 ....." A few months after the publication of Cosmic Consciousness, on February 19, 1902, Bucke died as a result of an accidental fall. He had spent the evening with friends discussing the Bacon-Shakespeare controversy and, upon returning home, 'could not resist the desire to go out once more to look at the night and stars.' On the verandah, he slipped, struck his head against a pillar, and dropped lifeless to the floor."-- excerpt from Richard Maurice Bucke, Medical Mystic : Letters of Dr. Bucke to Walt Whitman and His Friends, by Arten Lozynsky, Wayne State Universty Press, 1977.

The chapter on Francis Bacon
(download in pdf off this page)

Entire book in PDF : (A Study in the Evolution of the Human Mind (Philadelphia: Innes and Sons,)