Conspiracy Theories on the B'Hive 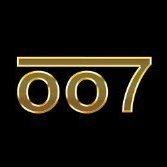 By Rob at 007,
July 25 in PLEASE READ: Welcome to SirBacon.org's B'hive Community