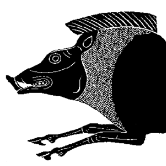 Top Posters In This Topic

Welcome Eric, great to have new people contributing to the forum. I’ll share your video. There’s a synchronicity to this too as late last night I was looking at this. It’s dated 1625 and is the cover

Hi Kate, yes indeed - love the crown - also his hair is rather more 'red' than is usually shown - perhaps a nod to his Royal Mother?

This reputed portrait of Francis had also escaped my attention. A few observations: (1) the description "in the manner of Paul van Somer" seems gratuitous as it in no way resembles the work of that ar