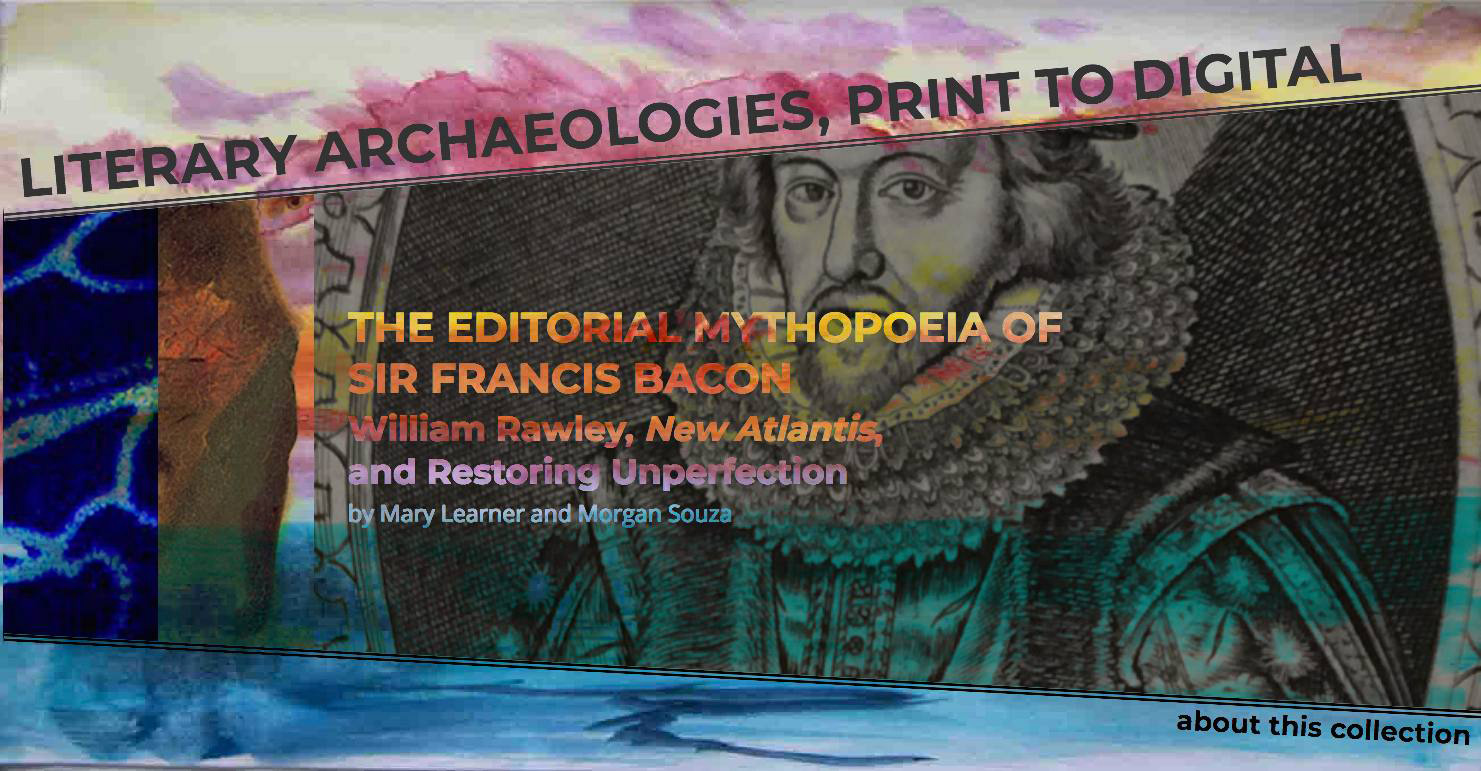 By Mary Learner and Morgan Souza

Francis Bacon and his role in the so-called "scientific revolution" has been tumultuous, primarily due to the editions and criticism published about him after his death. Bacon's primacy as a figure in scientific philosophy was solidified in the formation of the seventeenth-century Royal Society, and his importance continued to be recognized for the subsequent three hundred years. According to Graham Rees, writers in "the twentieth century [...] [appear] to have destroyed Bacon's authority as a guide to the nature of scientific knowledge and ways of acquiring it, and apparently made it pointless to appeal to his name to justify a hypothesis, or even look to him as a distant progenitor of the current philosophical consensus" (xxxvi). The twenty-first century, however, has seen a return to Bacon, crediting the seventeenth-century natural philosopher with inventing the scientific method, an intellectual feat that contemporary society prizes.

Due to Bacon's monumental contributions to the foundations of modern science, his religious faith is sometimes forgotten: Bacon never stopped seeking glimpses of God in his investigations of the book of the natural world, the book created before Scripture. Also lost in this version of Bacon is his demand for collaborative inquiry, which is less about reaching a particular telos and more about exploring the vast unknowable, all while acknowledging the futility of such a project. Tracing the publication history of Bacon's New Atlantis, first printed in 1627 by William Rawley, reveals an editorial lineage that contributes to the status of Bacon as scientific forefather, an epic figure in his innovations for the sake of mankind. Bacon's New Atlantis is a short utopian work that imaginatively explores the future of society and scientific labor, one that positions his idealized society as derivative from the fruits of the educational and scientific processes that he outlines in earlier works such as his Novum Organum (1620). Perhaps Bacon's uneven scientific reputation is no more evident than in the treatment of Bacon's only fictional work. New Atlantis has been printed in collections of utopias in the nineteenth and twentieth centuries, often isolated from its original print context as bound with Bacon's Sylva Sylvarum and further divorcing New Atlantis from its scientific significance. Also lost in this process is the difficulty of grappling with the process required to reach Bacon's utopian final destination of collaborative inquiry depicted in New Atlantis, a process which demands working through the strangeness of Bacon's natural philosophy as represented in Sylva Sylvarum's experiments. This study will explore several facets of the New Atlantis over time in order to understand how its editorial history has shaped critical approaches to the text, and how this has inflected Bacon's characterization as a thinker, an author, and eventually, a monolith of scientific ideas. 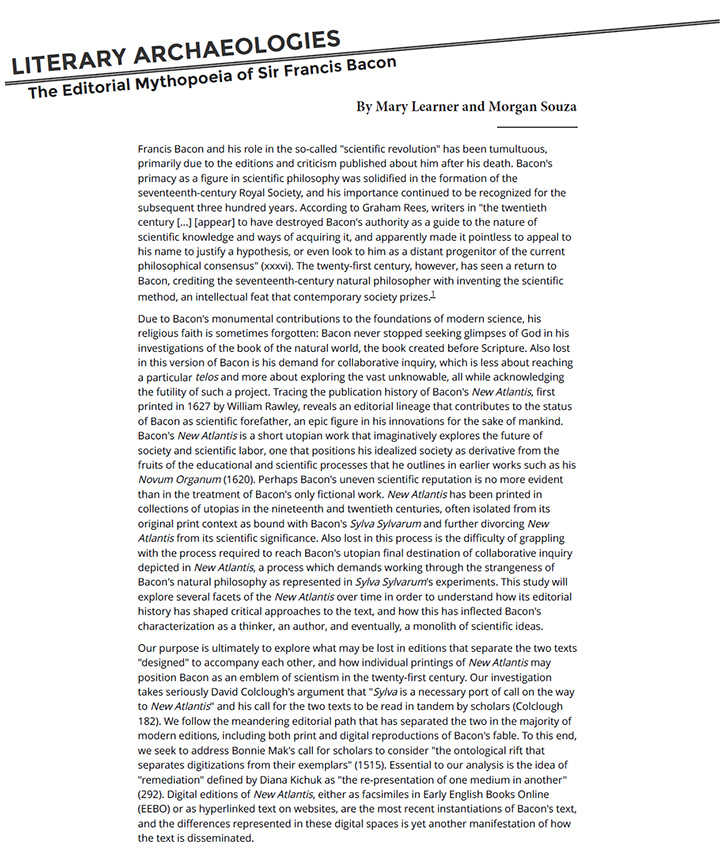